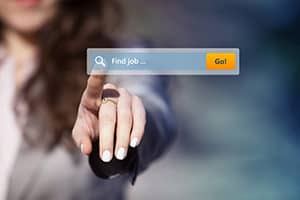 This past April, Zach Bragg posted his resume on LinkedIn eager to get noticed and land a job in sports media. The graduating senior’s post went viral, receiving over 1,280 shares, 8,000 comments and 1.4 million views.

Even with all of that activity, Zach wound up with:

The real story here is that after all of the attention Zach’s post garnered, he’s still dealing with a drawn-out, strenuous job search.

Actually, Zach noticed that he got so many irrelevant messages that he ultimately had to stop responding. He was inundated by the process. Since he had no way of categorizing and arranging all the comments and messages, he worried that he was missing out on pertinent prospects buried under the immaterial influx.

Zach’s experience is commonplace, an unfortunate result of a broken system that prefers quantity over quality relevancy. Job seekers are overwhelmed, as they apply to hundreds of job postings, and recruiters are overwhelmed, as they review hundreds of inapposite resumes. Both parties feel like they’re trapped in a vicious circle, by virtue of the quantity problem within the recruitment process.

That issue can be tracked to 2 issues: resume and job descriptions. Neither tool enables job seekers to attain the jobs they aspire to, and in the end, they create problems for everyone involved.

In spite of all the time and effort job seekers expend, the job hunt is often lengthy, vexing and disheartening. Here’s why the search is such an ordeal—and what needs to change for it to progress:

People think that if they send they resume to a plethora of jobs, they’re going to be hired

Take Zach, for example—over 1.4 million people viewed his resume, but he only wound up with 40 phone calls. Less than half of those were pertinent to warrant a follow-up interview.

Meaning, he converted approximately 0.001 percent of those views into in-person interviews.

To some degree, the majority of job seekers understand they’re facing an uphill battle. According to Jobvite’s Recruiting Benchmark Report, only one in eight job seekers who applied for a job in 2017 landed an interview. Nevertheless, attaining an interview doesn’t mean you’ll attain the position. The conversion rate from interview to hire was a mere 28 percent in 2017.

Via such a low outcome, it stands to reason that job seekers send their resumes to as many jobs as they can.

Regrettably, all job seekers have to bank on when submitting is the job description. The challenge is that these descriptions don’t really describe the positing being offered. This was part of the reason why Zach’s 40 calls resulted in 15 interviews. After speaking on the phone with many of the people who had reached out to him, he realized that the positions didn’t align with the job description he had previously seen.

That method appears to be sensible when in actuality it promotes the miscommunication between job seekers and companies. When the influx of resumes intensifies, it becomes increasingly problematic for recruiters to determine which job seekers are actually best suited for the position.

Companies must contend with a constant onslaught of resumes, but it’s a mind-boggling, ineffective progression

Recruiters also have an issue with inflow. A recruiter receives approximately 250 resumes per job opening. Conceivably, an individual can’t possibly review 250 resumes and choose job seekers who will be ideal for the role.

When they try to review each resume, recruiters spend approximately six seconds on each one. Six seconds to decide if a job seeker fits the position.

The vast majority of companies attempt to manage the massive influx of resume by enlisting technology. But the tools they use—such keyword matching—are nothing more than flawed tech employing flawed data.

Virtually everyone knows a resume must be “optimized” for keywords to pass muster with the filters that companies use. Rather than demonstrating real-world skills, the vast majority of resumes just showcase some essential keywords.

Career Identification is valuable tool in helping job seekers determine roles they would best be suited for, thereby streamlining the job search process, with a possibility of more relevant job offers.

The final outcome: Job seekers and companies are relying on flawed data to evaluate one another—and neither genuinely comprehends the advantages or benefits of the other.

Most job seekers won’t acquire 1.4 million resume views. But the fact of the matter is, the number of individuals reviewing a resume doesn’t really matter when those views don’t result in pertinent job offers. Luckily, with the right technology, we can efficiently recognize a job seeker’s worth in relation to a particular job, resulting in a happy medium for individuals and companies alike.