How to Love Networking 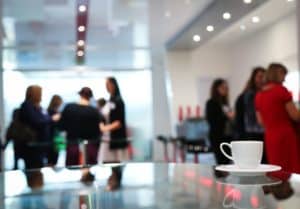 Can You Really Love Networking?

Three professors from top ranking business schools including Harvard Business School wrote an article in May on the Harvard Business Review blog stating that we can learn to love networking because it is important to career advancement. Based on studies they contend that many people at every professional level express derision towards networking at one time or another. The authors contend that you can love networking and loving networking will help you significantly throughout your career.

If you are still not sure there could ever be a reason to love networking, you might want to consider a few facts. Countless studies show that professional networks open up job and business opportunities, enhance knowledge, spur innovation, increase the rate of career advancement and contribute to greater professional status and authority. The writers state that building and maintaining professional relationships improves work quality and job satisfaction as well.

You have to admit, those are some good reasons to learn to love networking.

I didn’t particularly like networking when I first started my business, but it was and is a necessity to building business and getting the word out. Personally, I have found that consistency in attendance rather than showing up randomly is beneficial. Networking is also living your life not necessarily just attending events. You can network anywhere, just be open. Also, I have found that organizations that might not necessarily be designed for networking are great places to establish solid relationships, i.e. Toastmasters, professional training events, classes, etc.

But I digress. The writers on the HBR blog gave some good ideas for how to love networking or somewhat like it. I’ve summarized their points below.

The writers cite a study of 165 lawyers at a large firm in North America who found that networking internally and externally led to being assigned choice clients and also enhanced their efforts to bring in new business. On the other hand, those who found networking unappealing or tiresome and did not actively network billed less than their peers.

Hmmm…sounds like a good reason to start liking networking more. If you’re not like me and need more convincing, here are some more suggestions.

WHAT CAN YOU LEARN?

Look at networking as a way to broaden and deepen your knowledge base. When you change the “I despise” attitude to one of “I wonder what I can learn?” your experience will shift from going through the motions to engagement. No phoniness required. No schmoozing required. You will begin to see opportunities to learn from those attending the event or speaking at the event. You might even be exposed to a conversation that sparks the genesis of a new idea or concept. Each of these things has happened to me at networking events. Networking events are filled with other people who know a lot about what they do and possibly other interesting things. Be open to cultivating the knowledge around you. Be curious. Others will appreciate it and you might learn something. 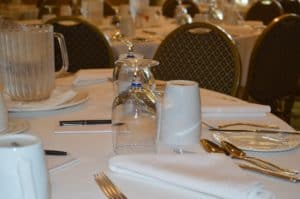 Networking can increase your knowledge, open up new opportunities, spur innovation and lead to lifelong connections.

ENJOY THE PEOPLE YOU CONNECT WITH

The writers of the article on the HBR blog suggest identifying common interests with the people you meet. I call it enjoying people. In this world, there are task-oriented people (ahem) and people-oriented people. People-oriented people don’t have to be told to enjoy the people they connect with. They’re naturally enthused about meeting people whether they meet them at a networking event or not. They are good at finding commonalities or reasons to like people. For task-oriented individuals, look for the areas where you can connect professionally or personally with the people you’re meeting.

What’s the point? I know. The average networking event is an hour long. What kind of connection can you make? Make and effort and you’ll see it pay off. Come armed with some great open-ended questions to get others to talk. E.g. What do like to do outside of work? What are you reading right now? What podcasts do you enjoy? What prompted you to attend this event? This should open the door to a conversation rife with opportunities to find out something you have in common with the person you’re speaking with.

This next suggestion is one I thought was a bit creepy. The writers suggested doing research on the people who are going to be at the event, e.g. look them up on LinkedIn, review their company websites or scan their other social media. If you know someone you’ve been looking to meet is going to be at the event, do some research on them in advance and approach them armed with what you know and a good segue. I suppose if you don’t come off like a stalker, this can work for you.

HAVE SOMETHING TO GIVE

You can be robbed of your enthusiasm for networking if you feel like you don’t have anything to give. Many nascent professionals feel this way. They want to be able to contribute to the relationships they’re developing, but they feel like they are a disadvantage because of their lack of experience. Do not be dissuaded. Networking is crucial to your professional development.

It is true, those who are comfortable with networking typically have greater power, more experience and a lot to give to those they encounter. Networking feels less me-oriented for them because they have so much to offer to others. One suggestion made by the authors is to focus on intangibles valued by others such as “gratitude, recognition and reputation enhancement.” In other words, if you can brag about the person you met or the impact they are having on you (in front of them or directly to them); if you can offer a sincere thank you for the time they spent with you via email or a handwritten note; or recognize the efforts they’ve made to support you, you’ve added to the relationship. Being aware of how others are supporting you and recognizing them for it can go a long way.

Are you warming to the idea of networking a bit more now? I thought so. Now go out and find three networking events to hit this month, preferably with groups that meet regularly so you can start making some connections that you can reinforce on a regular basis.

The best is yet to come,